How to Effectively Remove Supports from a Resin 3D print 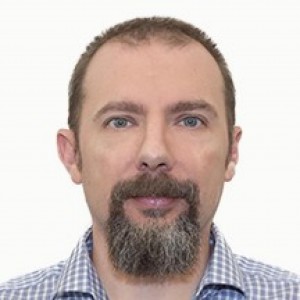 The best method for removing supports from an SLA print is to remove the supports before curing. Run the print under warm water and gently pull on the supports. They should easily detach from the print leaving no damage.

I decided to do a comparison test so you can see the difference between the two methods. Most manufacturers recommend removing supports after curing. The theory is the supports will prevent the print from getting damaged or warping during the cure. In my experience removing the prints before curing provides better results.

Testing Support Removal Before and After Curing

For this article I printed two sets of three miniatures for demonstration. I used three models from Toawi on thingiverse.com. Be sure to check out their collection if you like the models used in this article.

This model of a female elf is great for this test. There are lots of fine details on the model that can become distorted from supports. The arrow and string on the bow are very thin and tricky to work with. Finally, this model is an average size that many people with 3D printers want to print.

I chose the cook model as it is larger than the elf model and still has lots of detail. I printed this model facing the build plate so the supports would connect on the front of the model.

The dwarf mage model is the smallest of the three models. The pipe is tiny and very delicate making it a great test. I also wanted to know how his staff would do if we removed the supports before or after curing.

In order to test which method worked best I came up with a procedure to follow.

This is the method recommended by most printer companies. To ensure the integrity of the print they recommend removing supports after curing the print. To do this you need to use a set of flush cutters to slowly and carefully snip away the supports. I recommend wearing eye protection when using this process. The resin tends to be brittle and when cut it tends to fly off the model and land somewhere else in the room.

I printed all six models on the same print bed. After the print finished, I ran them through my ultrasonic cleaner. Once the cleaner was done, I rinsed three of the models in warm water scrubbing lightly with a toothbrush. Once they were dry, I put them in my Anycubic Wash and Cure to cure them. After the models cured I removed them from the chamber and started cutting off the supports with my flush cutters.

For the elf ranger model, the bow sting and arrow both snapped while removing the supports. I’m not surprised at this since they were not much thicker than a human hair. On the Dwarf model I was happy to see that his pipe survived the support removal process. The cook’s meat cleaver snapped off during support removal. I didn’t realize how small the connection between the blade and the handle was until after it broke off.

It took me a total of 9 minutes and 20 seconds to remove the supports. I now have a bunch of support material lost in my office from where it went flying.

Removing supports prior to curing took 1 minute and 37 seconds. This was much faster than the time for removing supports after curing. If you have lots of prints to post process this method will save you a ton of time.

After Curing I didn’t do anything else to these models. Here are the three models that had the supports removed prior to curing:

First lets look at the time for the two methods. It took me a little over nine minutes to remove the supports from the cured prints. For the pre-cured support removal, it took less than two minutes. Given my impatient nature I would use the pre-cure method for the time savings alone. Nine minutes may not seem like much, but if you are printing lots of miniatures, the time will add up. Imagine how much time it would take to remove supports from an army. Even with a small army of 30 miniatures you will be spending 90 minutes removing supports!

The second issue I had is with the support material snapping. The prints are more brittle after curing and the support material likes to go flying across the room when cut. I’m sure I will be finding small pieces of resin around my office for days. This isn’t a huge deal if you are working in a garage or dedicated hobby space. If you have pets, you’ll need to find all the pieces to be sure a curious animal doesn’t eat them.

Structurally, all the models came out fine. For this test there did not appear to be any advantage to leaving the supports on for structural reasons. I noticed in taking and preparing the photos that I missed a few of the supports on the pre-cure models. That is a fault of my own and not a short coming of the method. Had I been more careful during the cleaning process I could have easily removed all the support marks.

But the main thing we care about is how do they look? Let’s compare each model and see which one looks better. On a side note, I realized after I printed that I had switched resins but not profiles. I lost some details in the models, but they are still good for test comparison.

You can see on the front of the cook the post cure method left more marks after cutting the supports free. The supports left more damage around the face and hat on the cook when removed post cure. You can see in the comparison there is less model damage from the pre-cure support removal method.